JRTT has received many awards from domestic and foreign organizations alike for the technology we have used in railway development projects and railway construction to date. 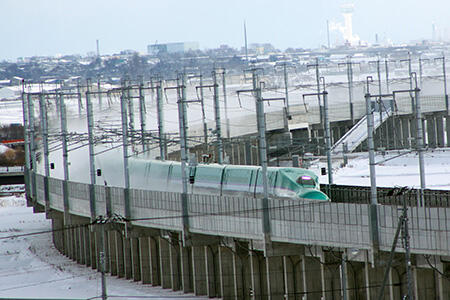 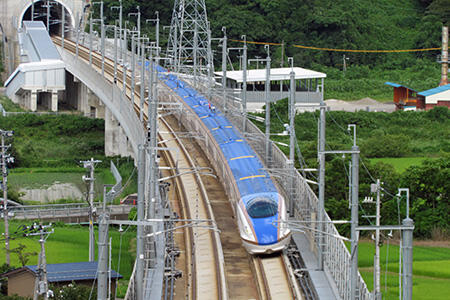 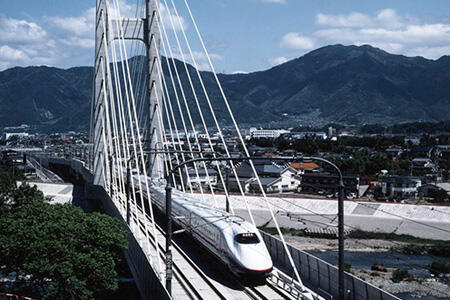 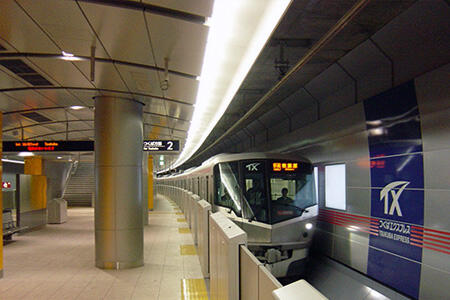 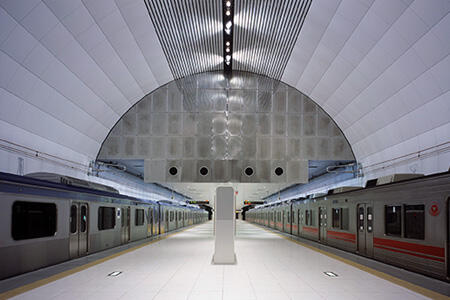 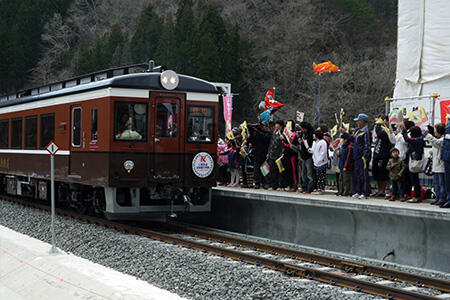 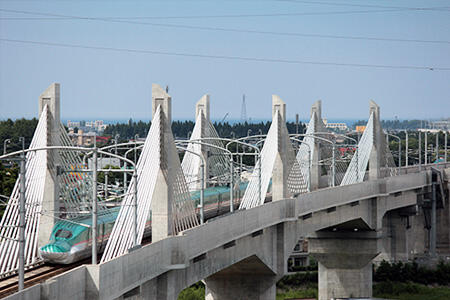 Sannai-Maruyama Extradosed Bridge on the Tohoku Shinkansen
The 150-m spans are the longest among any Shinkansen bridges, and the ingenious design controls the deflection that often accompanies longer spans, thus provides safer and, more comfortable riding of Shinkansen trains.
(The technology was awarded from the Japan Prestressed Concrete Institute in 2005.) 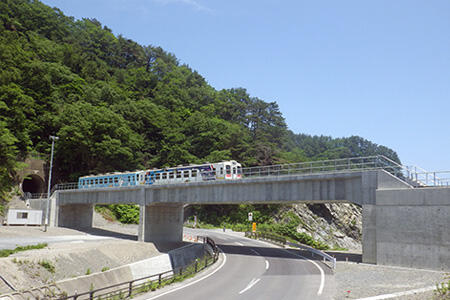 This bridge consists of rigidly connected beams and abutments without bearings, thus can stand firmly against tsunami waves. Both abutments are so-called 'GRS-integrated abutment' constructed as a soil structure reinforced by synthetic materials.
(The technology awarded from the Japan Society of Civil Engineers and the Japanese Geotechnical Society in 2014.) 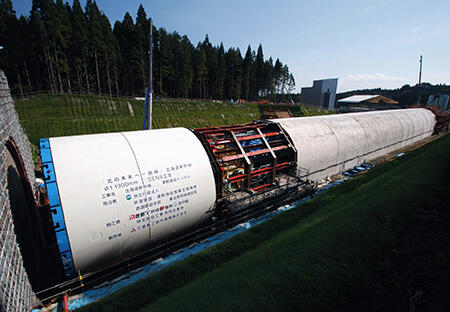 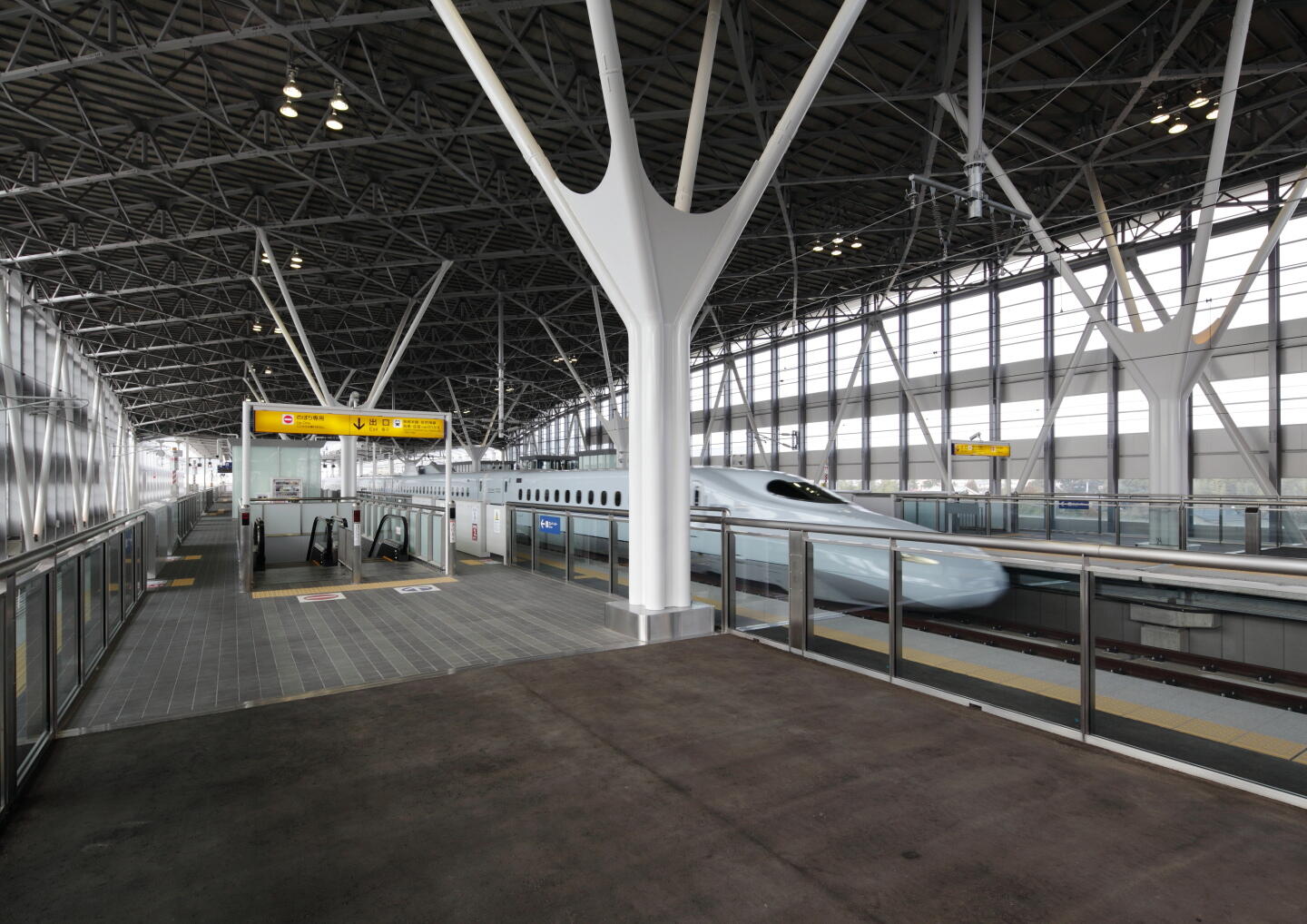 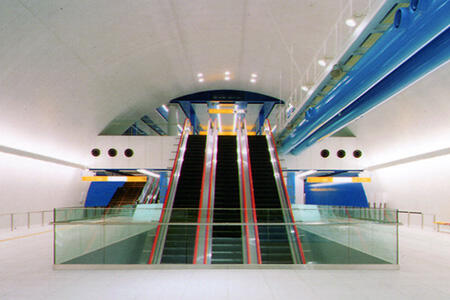 PWM (Pulse Width Modulation) converter introduced to Tsukuba Express, which transmits constant amount of voltage from substation, is the first system enable to supply power stably in the world, regardless of the number of running trains. 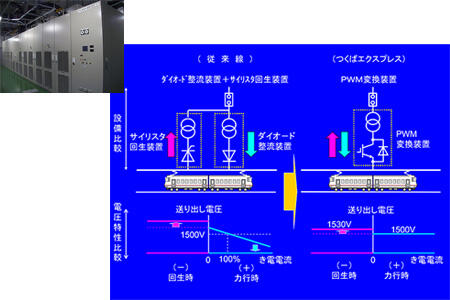 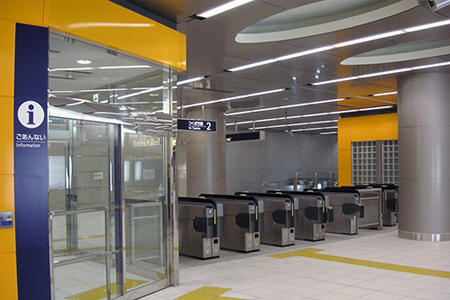