"The Eastern Kanagawa Rail Links" contain two new railway lines: Sotetsu-JR Through Line and Sotetsu-Tokyu Through Line.
The rail links connect three existing lines: the Sotetsu line, the JR line, and the Tokyu line. Because the Sotetsu line was isolated and operating only in Kanagawa Prefecture, the passengers on the line for Tokyo had to transfer at Yokohama Station to other Tokyo-bound lines such as JR and Tokyu. Through the new links Sotetsu train can directly go onto Tokyo-bound lines without transfer and thus mobility of the people along the Sotetsu line is drastically improved.
Sotetsu-Tokyu through line, one of the rail links, has another feature: connection to Shin-Yokohama Station. Shin-Yokohama Station is an important gate of Tokaido Shinkansen high speed rail in Kanagawa Prefecture. By this rail link, people along the Sotetsu line and the Tokyu line can have direct access to the Shinkansen Station, thus the link contributes to improvement of mobility and expansion of the railway network.
The rail links are constructed as the first case of application to the 'Speed-up Project under the Act for Promotion of Urban Railway Conveniences'. In this project, infrastructure is constructed and owned by public entity JRTT and trains are operated by railway companies (in this case, Sotetsu and Tokyu). 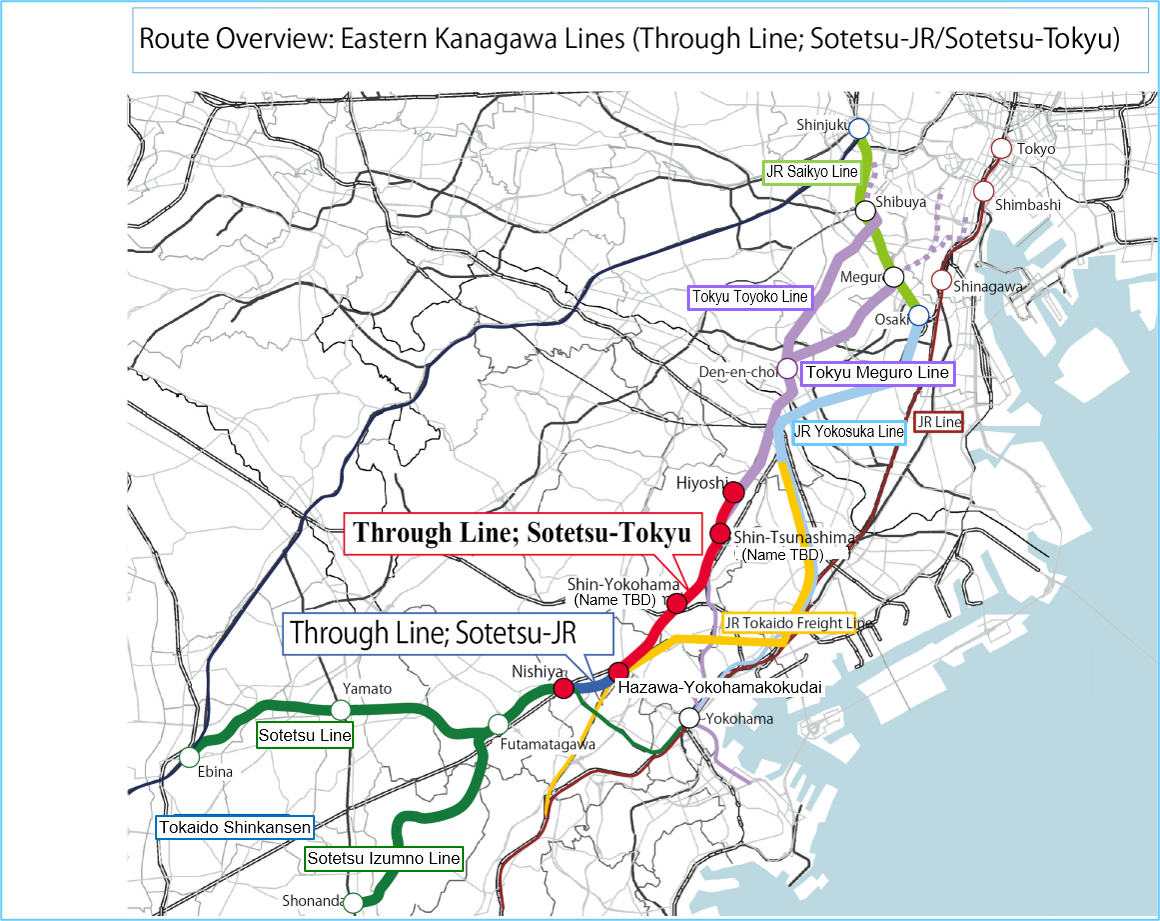 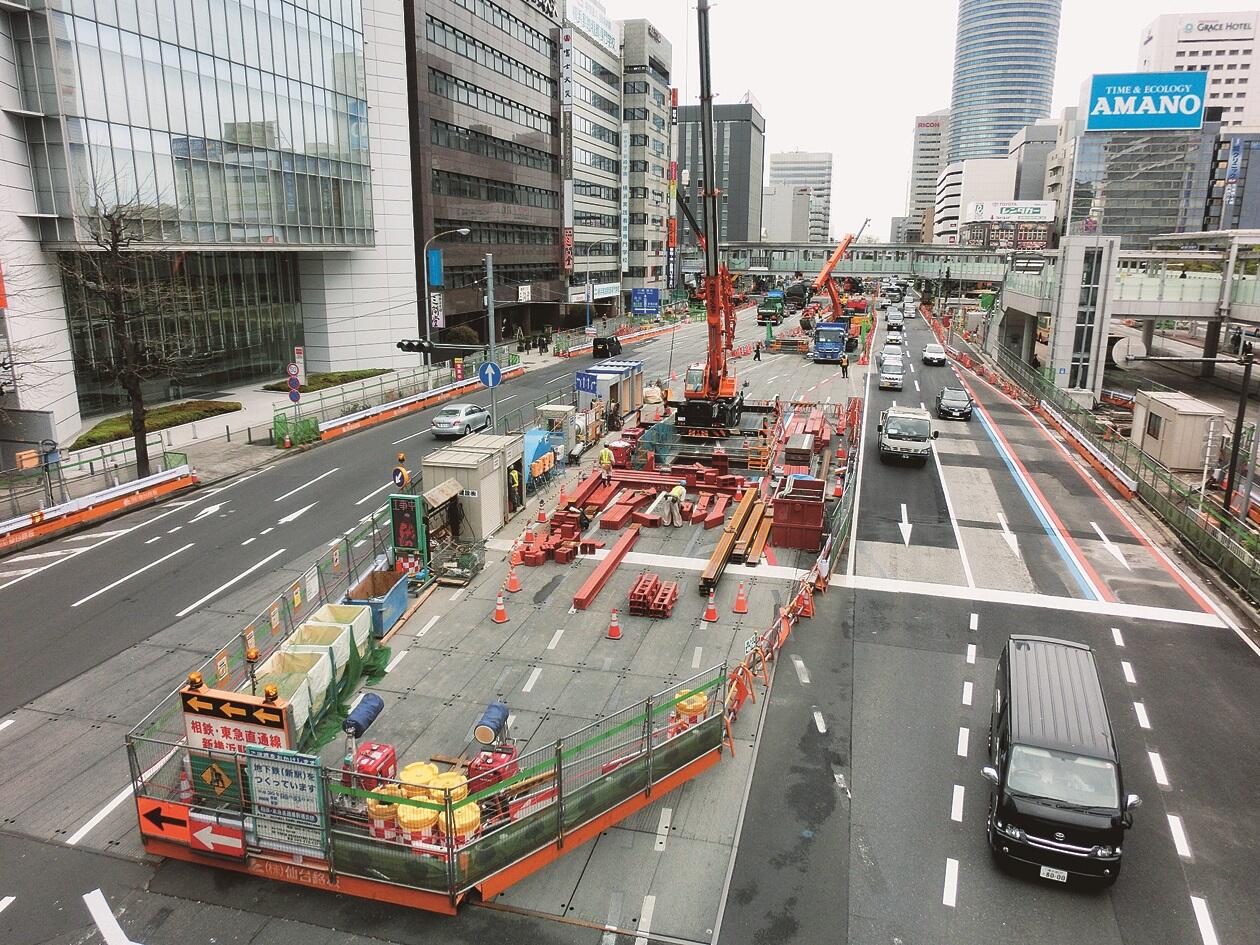 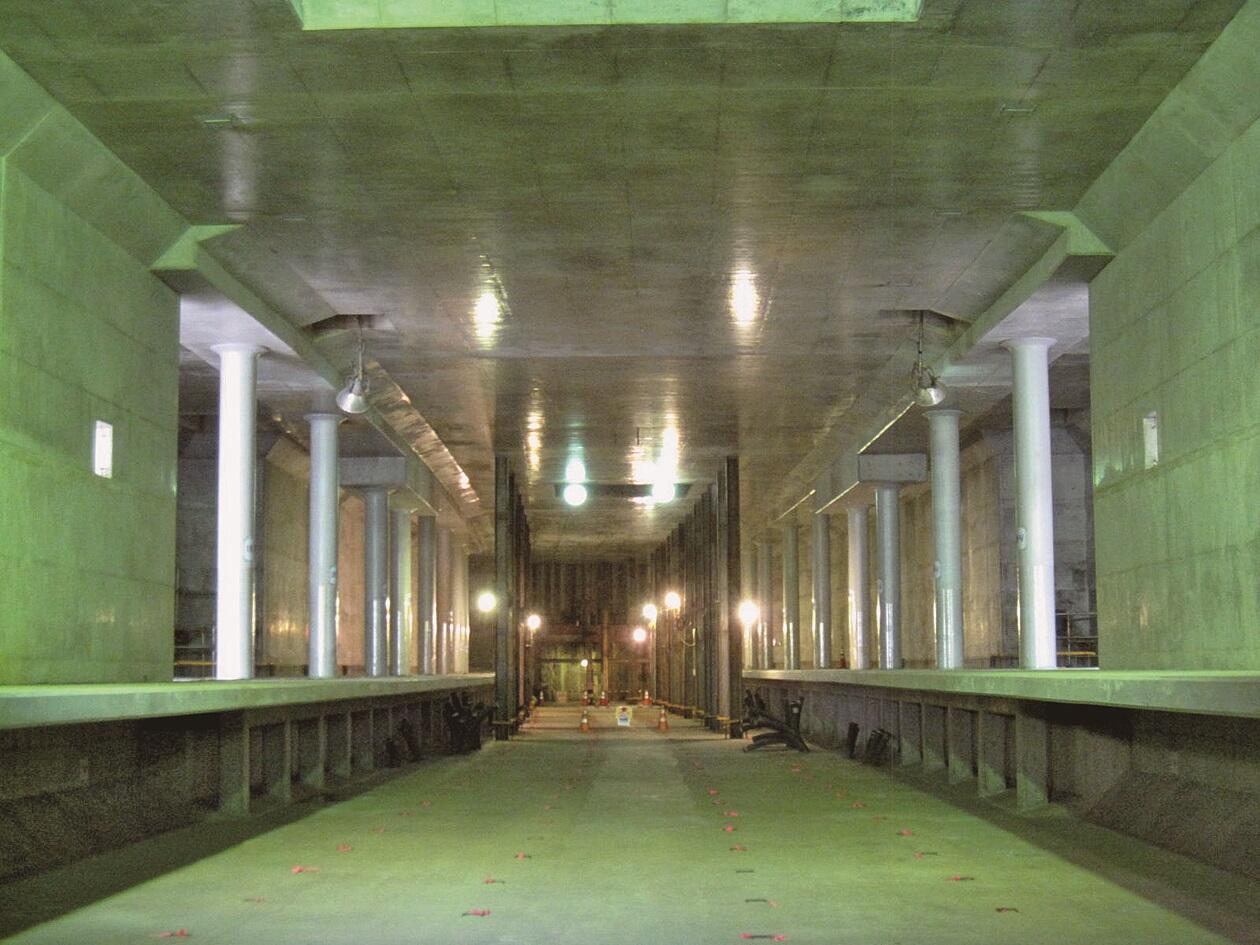 The Fukui prefecture had planned to elevate three lines of Echizen Railway as a part of a project to create consecutive grade-separating viaducts in the vicinity of Fukui Station.
In September 2013, Echizen Railway Company asked JRTT to perform the elevation construction, which involves rerouting the original ground-level line (in yellow) to a temporary line on the future Hokuriku Shinkansen Viaduct (in blue), and then building viaducts for the new line (in red) over the original line.
The temporary line on the future Shinkansen viaducts started operation in September 2015. The new line was completed and opened in 2018. 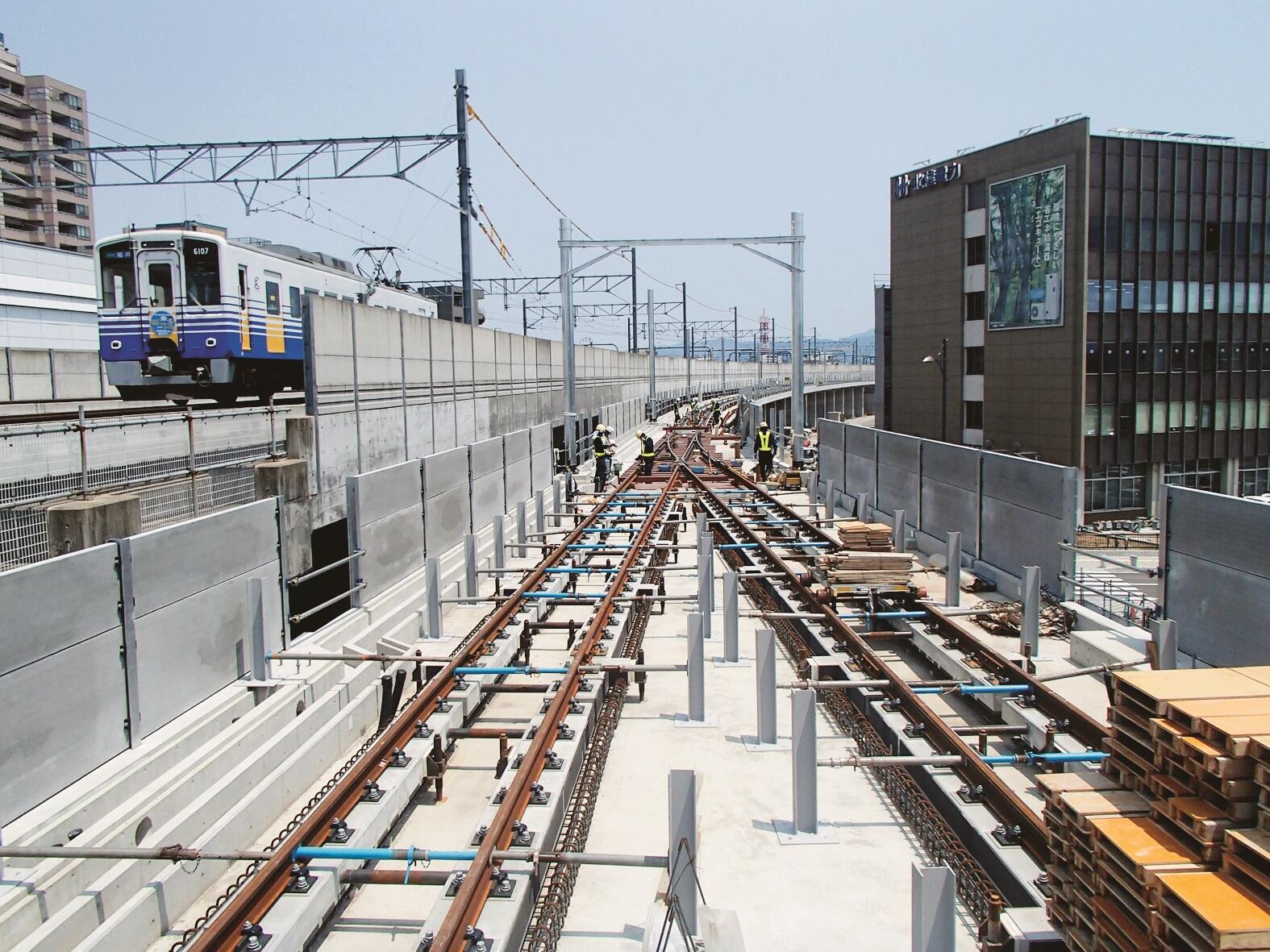 The Tsukuba Express Line is a 58-km railway that travels up to 130 km/h to connect Akihabara to Tsukuba Science City in 45 minutes. Since its opening on August 24, 2005, the line has provided a highly convenient, improved transportation system and commuters' comfort into the northeastern part of the capital by easing congestion of existing transportations.
Thanks to this line, high quality of convenience and promptness spur the provision of housing and large shopping malls along the line, thus produced a 120% increase in the number of passengers in the line's first 11 years since opening.
Tackling to increasing congestion of this line, in March 2013, the Metropolitan Intercity Railway Company asked JRTT to construct additional track to a spur line from Moriya Station to a rolling stock depot. The original spur line was a single track, and the second line was added to extend functions of the rolling stock depot. We completed the construction and the new line went into service in March 2017. 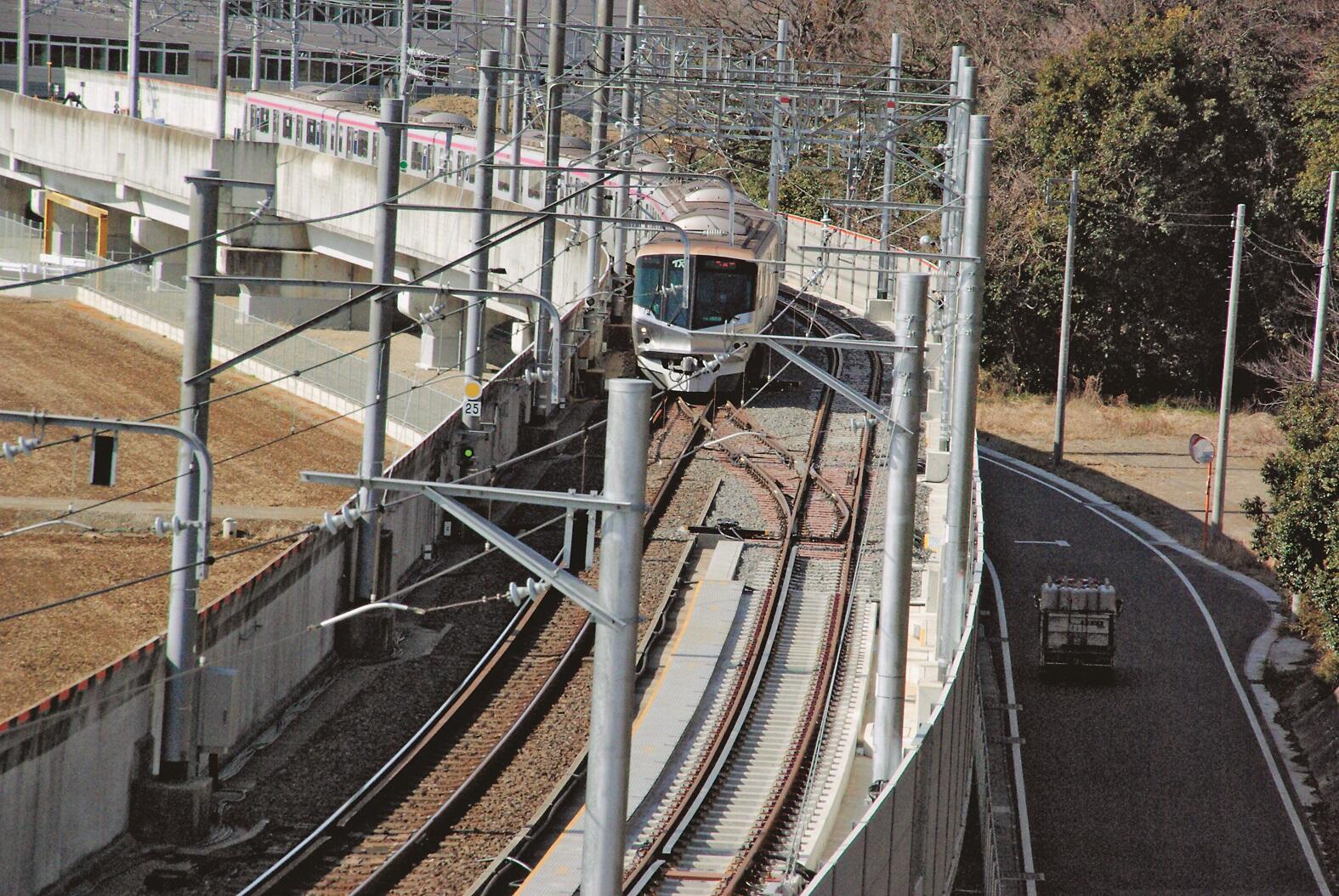 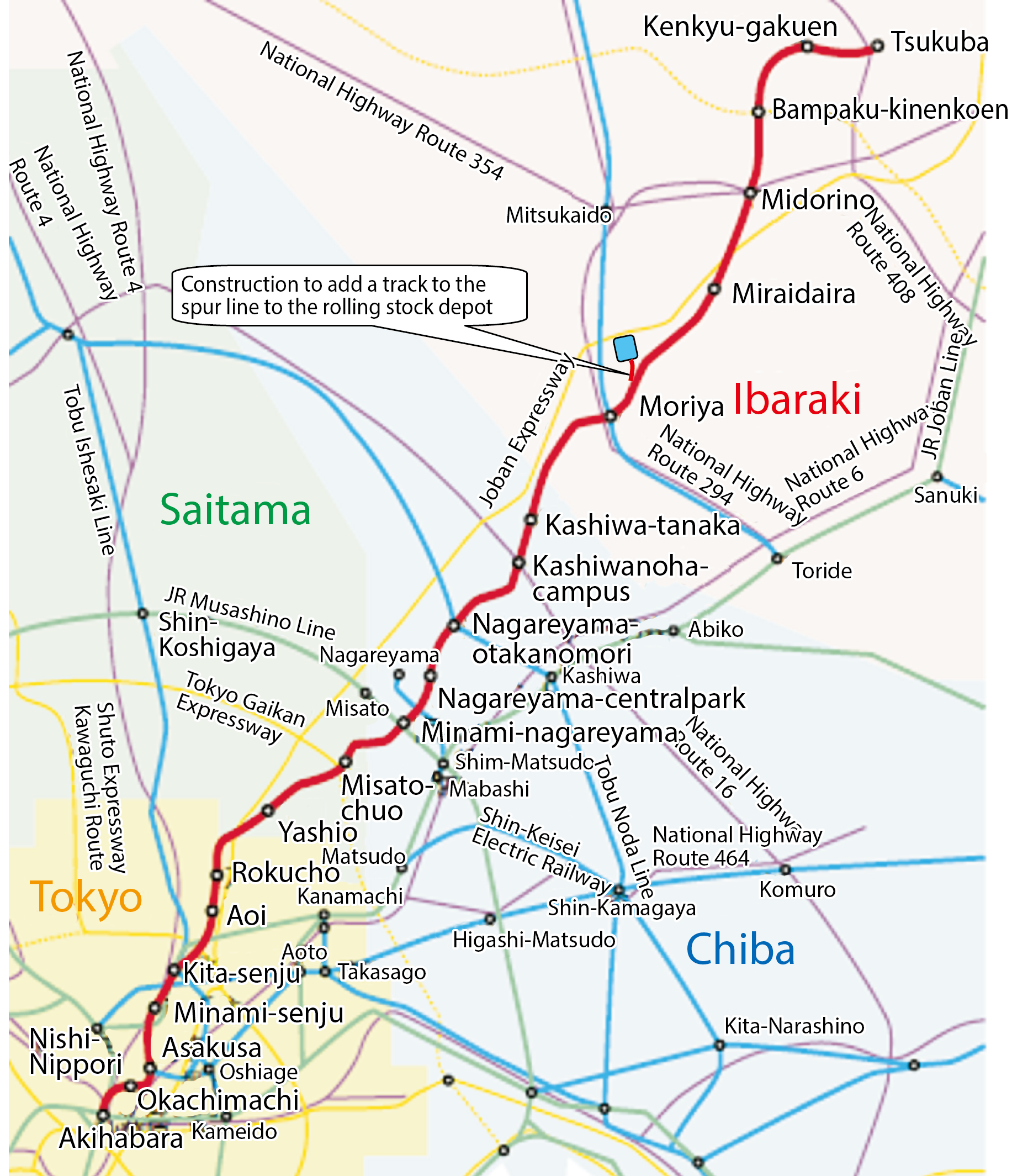 The Sendai Subway Tozai Line is 14.4km long municipal subway which connects Zoological Park Area in the southwestern part and expressway interchange area in the eastern part in the city of Sendai.
Completion of The Tozai Line (which means 'east and west') makes up a fundamental transportation network of the city with previously constructed subway Namboku Line (which means 'north and south'). JRTT constructed 4.3km long western segment of the line. Notable civil structures of the line are, Station Tunnel with large cross section excavated by NATM (Sequential Excavation Method), the Tatsunokuchi Double Deck Truss Bridge which contains railway and road, and 57‰ steep section at the western end of the line whose elevation difference reaches 110m.
Train sets are propelled by the linear motor system which makes it available to climb the steep gradient and downsize the cross section of tunnels and reduce the total cost.

The Narita Sky Access Line is an airport access railway that connects Narita Airport, the main gateway to Japan and to central Tokyo. The 51.4-km line opened on July 17, 2010. Trains operate at a maximum speed of 130 km/h in the 32.3-km section between Keisei-Takasago Station and Imba-Nihon-Idai Station on the upgraded Hokuso Line, and a maximum speed of 160 km/h in the newly constructed 10.7-km section between Imba-Nihon-Idai and Tsuchiya as well as the 8.4-km section between Tsuchiya and Narita Airport on the Narita Airport Rapid Railway Line.
Compared to the former access by Keisei Main Line which was the original route, the new line trims 15 minutes from the travel time between central Tokyo and Narita Airport. The new line has also improved convenience for residents of northwestern Chiba Prefecture and contributed to the linking and enhancement of functions of the city of Narita and the Chiba New Town development. 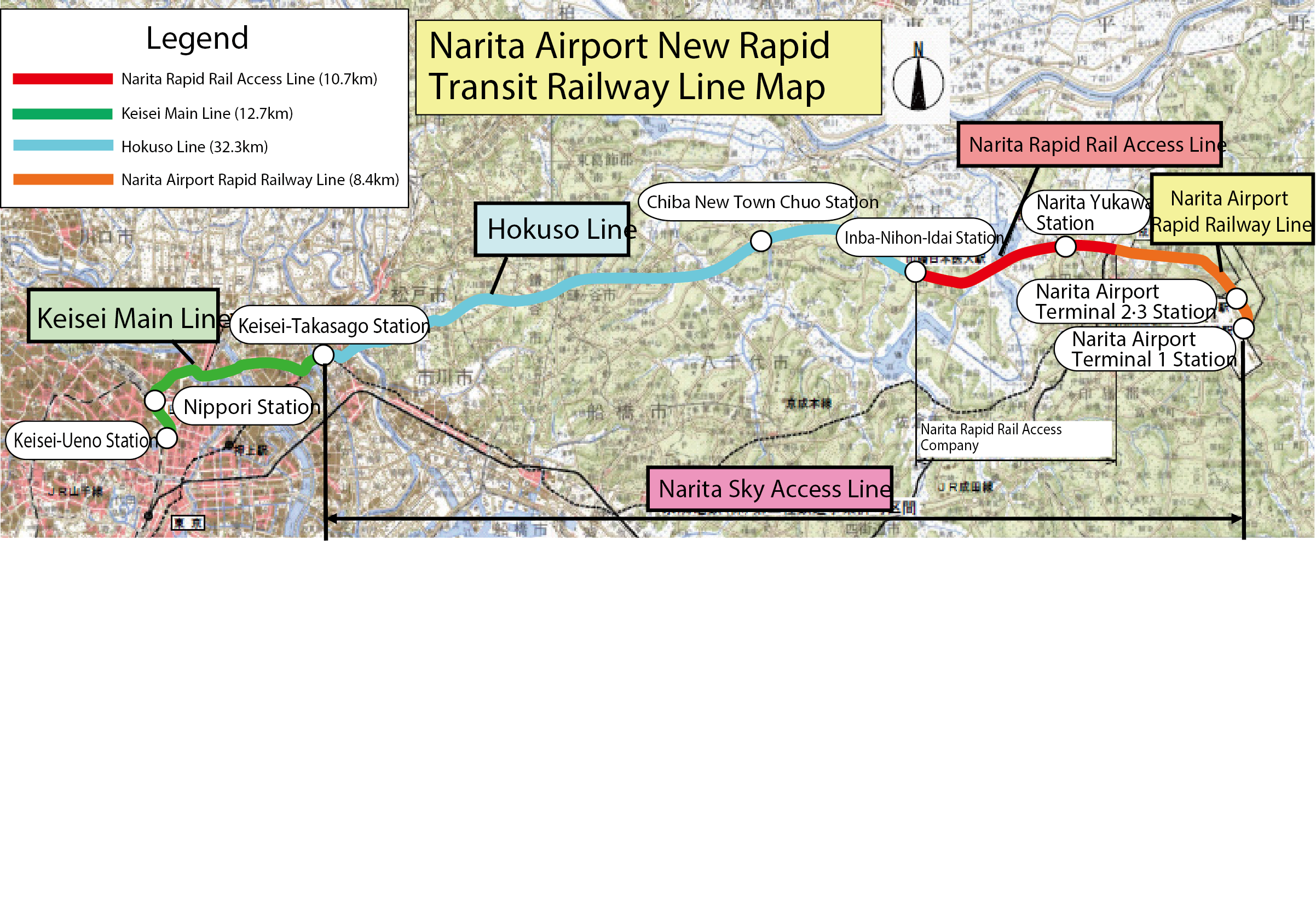 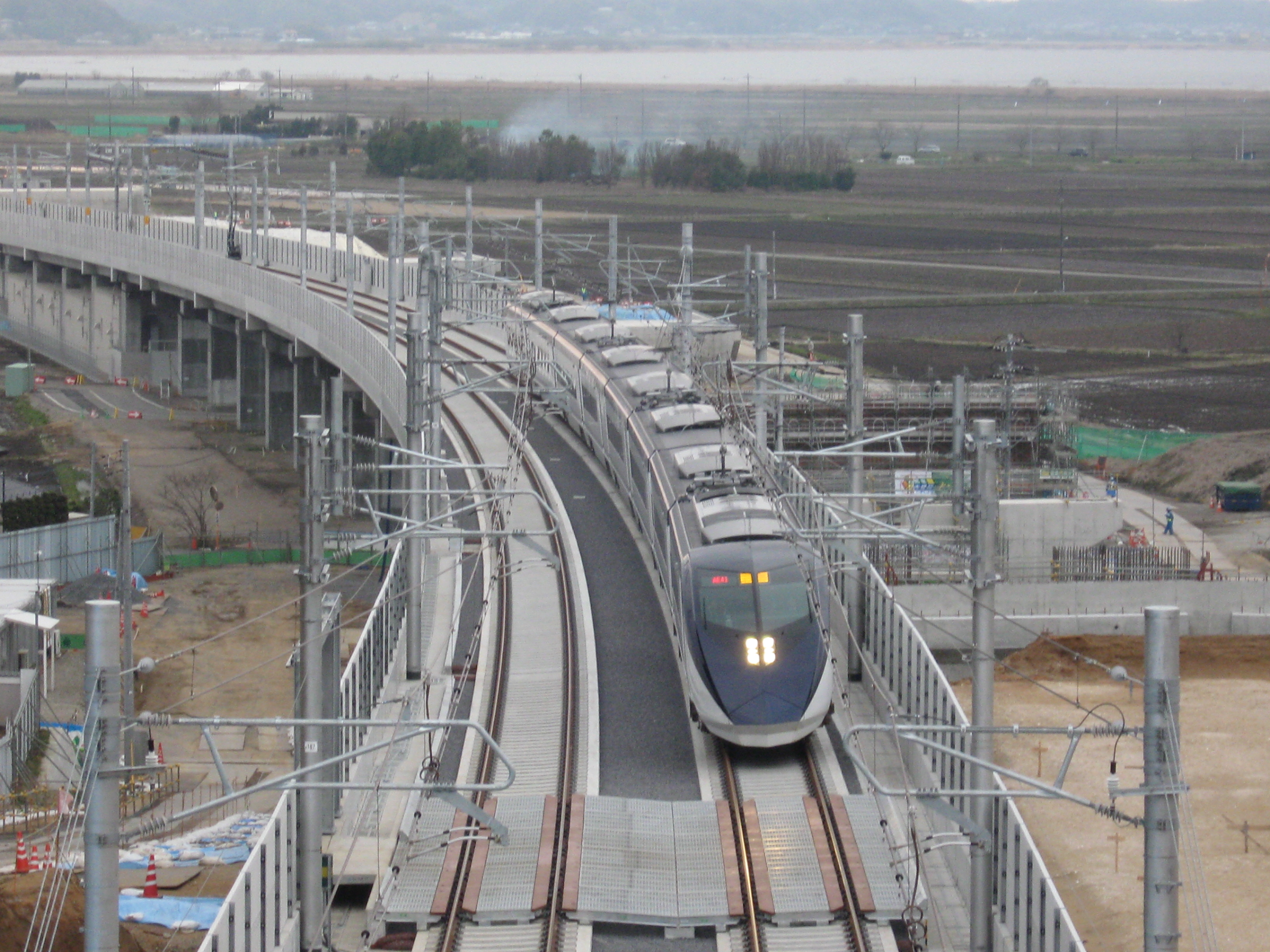 Reconstruction of Railways after the Great East Japan Earthquake

Sanriku Railway 'Rias line' was originally planned as a National Railway line along the Sanriku Rias Coast in 1960s. Though some sections were completed by JRCC (Japan Railway Construction Public Corporation, former entity of JRTT), construction of other parts was once abandoned due to the privatization of National Railways.
To revive the whole plan of the line, local municipalities along the line were cooperatively established half-governmental 'Sanriku Railway Company' in 1981. The company asked JRCC again to construct the other parts and opened 'Kita-Rias line' and 'Minami-Rias line' in 1985. (Intervening section had been previously operated by National Railways and was transferred to successor JR East.)
In 2011, enormous tsunami waves generated by the Great East Japan Earthquake devastated the Sanriku Railway lines.
On November 1, 2011, Sanriku Railway asked JRTT to reconstruct the railway. This works mainly consisted of recovering embankments, tracks and communication cables swept away by the tsunami waves, rebuilding stations and bridges, and repairing bridges damaged by the earthquake. Operation on the lines resumed in some phases until the lines were fully reopened in 2014. 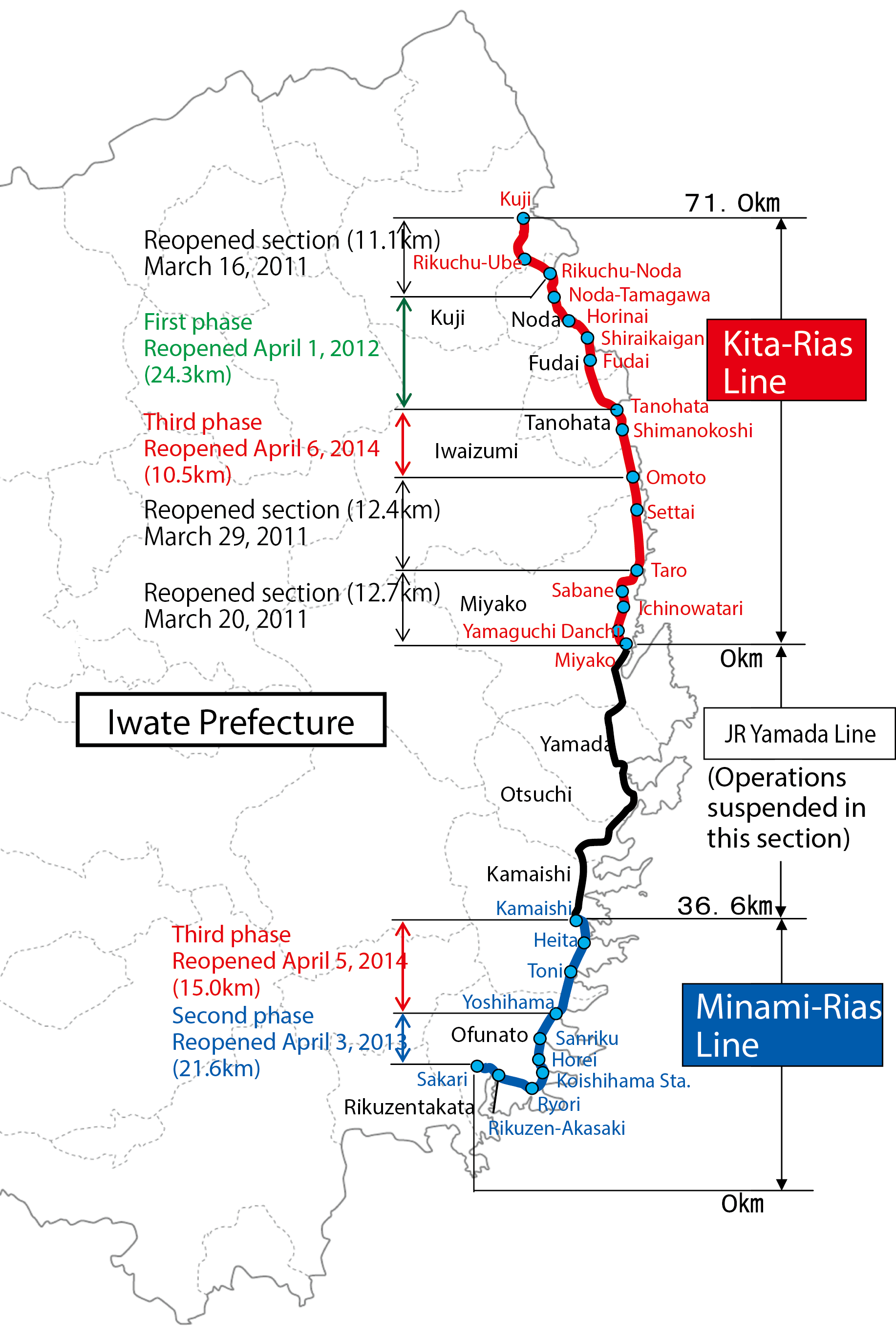